I was a freshman in college on 9/11. We were in morning chapel when the first tower was hit, and we came upstairs to the cafeteria in time for the big screen TV to show the second tower fall. It seemed like a movie, none of it felt real. That day changed so many things; the way we feel when we see the New York City skyline, the way we travel, the way our military has operated, the way we perceive threats of violence, the way we perceive each other. That fear has only escalated, particularly in the past few years. Now we have other major cities and other public places to add to the list: Nairobi, Paris, Orlando, Istanbul, Brussels, Aleppo…the list goes on. It can be easy to feel unsafe, to be tempted to just not go anywhere anymore.

In the middle of these years of escalating fear I first watched the documentary “Man on Wire” and the subsequent feature film “The Walk“. They tell the story of Philippe Petit, a young tightrope walker and performance artist who in 1974 illegally hung a tightrope wire between the Twin Towers and walked back and forth across the gap. Petit captured my imagination with his stunt because of the way he viewed the event. 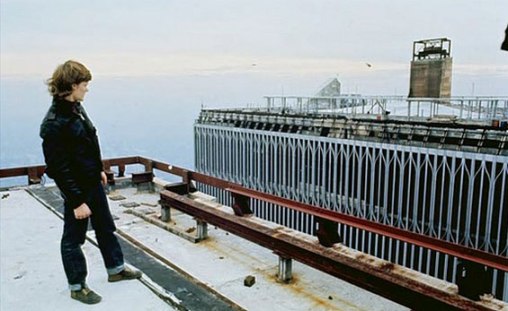 When Petit was 17 he had a toothache and was sitting in a dentist office in Paris. While flipping through a magazine he came across a drawing of the plans for the World Trade Center that was soon to begin construction in New York City. At that moment, Petit’s primary goal in life became to walk between the towers. He single-mindedly practiced his craft, what he considered his art. He never used a safety harness, it was always just him and his balance pole and the wire. He practiced constantly on a wire strung between trees, having his friends hang from the wire and shake it to simulate the high winds that would be blowing at the altitude of the WTC.

He flew back and forth from Paris to NYC multiple times to scout the location and to find insiders who could help his very elaborate scheme. Preparing for the walk was like a bank heist for performance art. When the day finally came it took them all night to hang the wire, and as one of his friends said, “It was the worst wire we ever hung.” Petit’s face was uncertain as he was getting a feel for the wire and the conditions. His friend goes on with tears in his eyes, “but then I saw his face change, and I knew it was all ok.” Petit walked back and forth eight times. He lay down on the wire looking up at the sky. He sat on the wire and looked down at the crowd that had formed on the street. He only came down because the police threatened to bring a helicopter to forcibly remove him from the wire. Reporters and police immediately asked him why he would do such a crazy thing. Petit answered, “I just danced at the top of the world and you ask why?!” 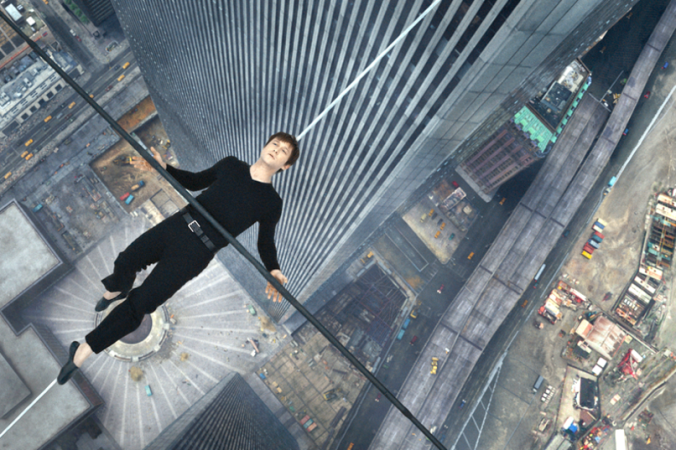 That’s the joy that I want to draw from Petit. I’m terrified of heights and “The Walk” is stressful to watch in that regard (he didn’t have a harness…he didn’t have a harness!!!). But you get to share in Petit’s love of his art, the beauty that he sees in “dancing at the top of the world.” He wasn’t thinking about the fear of the fall, he was thinking about the beauty of life and of doing what he was made to do. Watching both films gave me a new memory of the World Trade Center, and a new way to think about places that we associate with fear.  I remembered that our gathering spaces can be marked by friendship and beauty rather than death.

9/11 changed everything for my family too. My brother Jesse had joined the Marine Corp Reserves that summer, when none of us thought a foreign conflict was imminent. He spoke to my mom on the phone that day and told her, “Mom, I’m ready. This is what I was trained for.” He was deployed in the fall of 2004 after finishing college and starting seminary, and was killed in action on January 26, 2005. The absolute worst case scenario for my family had become a reality.

Tragedy brings you to your knees and when you look up you realize you’re kneeling at a crossroads. You can either be paralyzed by the knowledge that pain and loss are always a moment away, or you can cast yourself upon God’s limitless healing and the hope of the resurrection from the dead. It took me two years to leave the crossroads, but God’s mercy led me down the path of healing and hope.

One of the things I learned in the process was that Petit isn’t the only one whose life dangles on a wire. Every moment of every day each of our lives are hanging by a thread. We’re each one slippery patch of ice, one faulty jet engine, one cancer diagnosis, one angry bullet away from death. How do we live with such an ever-present reality? By embracing the truth we repeat from the prayer book, “We have no defender but you, O God.” We live in an age of darkness by following the Light that no darkness can overcome. Our risen Savior gives us the courage to board an airplane, to get behind the wheel, to attend public events, to enter the voting booth, and to love others deeply without fear and without loneliness.

It’s true that in today’s climate any public place could be a potential target. And it’s also true that this is still our Father’s world. We were still made to love the goodness of all that God has created, and we were made to be together rather than alone. Even if the worst case scenario does happen to us or to people we love, we are assured that death and violence are not God’s final word. Each day we live in the hope of being raised with Christ and of God’s world being restored to a place that is free of death and sorrow and pain. Each day we have the freedom to not live in fear but to welcome each morning as a gift from God, our true Sustainer of life.