This story may sound familiar. She was all of sudden very frightened because her baby boy was on it’s way under fairly frightening circumstances. I’m sure she must have been thinking, “This is not how I wanted it to be.” There had to be an overall sense that she wasn’t ready. Mostly because the doctors had projected this child, her second and first boy in the family, to come over a month later on Valentine’s Day. Just as the first Christmas was a miraculous intervention, on this Christmas in 1984, God had other plans.

This isn’t the story of Jesus, though it involves him, this is my story. The story of a Christmas baby that came unexpectedly. This is also a story of what it means to have the whole world celebrate on your birthday, and, in the midst of being lost in the shuffle, what it is I’ve come to celebrate.

I was premature by several weeks. As the legend goes, my family was out enjoying the festivities of Christmas Eve with our family down the street from the house I grew up in. Now some would call my mother clumsy. I tend to think she is just always going full throttle into the adventures of life with little regard for her own safety. On this night, well before my due date, she went a little too full throttle down the icy steps of my granny’s house, she fell, and my labor had begun.

I can’t imagine what was going through my mother’s mind as they rushed to the hospital. Was her baby going to be okay? Was she ready for this child she didn’t expect? Had her actions placed her new baby in danger? I’m wondering if similar questions entered Mary’s mind on that first Christmas as well. Soon Cindy Moore’s relatively normal-sized baby (imagine how big my head would have been had I gone full term) was born and in good health. Her questions were answered but this day left me with one big question I ask every year.

Growing up, even though our births were tied together, I had not tied my life to Jesus. So the holiday was rarely about him, but Christmas was still a fun time of family togetherness. Thankfully, my parents did a great job of making my birthday as special as it could be on a really haphazard day. They always had a special gift set aside from the others. Then, at a certain point during the day we would stop celebrating Christmas and start with the singing, the candles, and the cake.

Sometime in college, though, I decided to follow Jesus and my birthday took on a whole new meaning. Not only that, but now I work for the church so my birthday will never be a day off. As I watch folks with those cushy summer birthdays celebrate the growing trends of birth weeks or birth months, I’ve come to despise my birthday as a day that will never be about me.

Back to that one question I ask every year…why was I born on Christmas? Why am I birthday buddies with Jesus? Why in the world would God tie a day that is supposed to be about me to a day where everyone in the world has a million other things on their minds? Why, on a day when all I want to do is hang out with my friends at Chuck E. Cheese, is it impossible to hang out with anyone anywhere? So what exactly does this Christmas baby have to celebrate during the chaos of the holidays? Let me tell you. 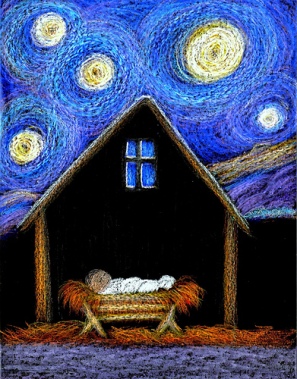 Neither of my parents had particularly charmed lives. Our family history is filled with stories of abuse, family turmoil, and tragic death. Any one of those things can end up defining you for a life time. Our legacies can be marked by the worst moments of our lives, the greatest examples that we indeed live in a fallen world. These moments cause great division and pain, they create the need for reconciliation.

For some reason neither of my parents threw in the towel. My mother worked for decades to make the world better for children who were dealt a similarly bad hand in life. My father lived his life with a hope that if he worked hard enough his family’s lives would be better too. God is in the business of breaking the chains of generational sin and this is the fundamental hope that comes with children. 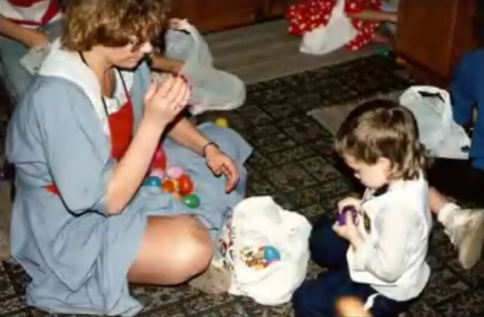 Each birth marks the arrival of a brand new reconciler. This new life brings with it the hope and promise of two parents that the next generations will not be subject to the pain and oppression of the last. God appeared to his people many times but often in ways that were terrifying and might seem distant (pillars of fire and smoke). On Christmas, God appeared to his people as a child. Jesus came in the most relatable form to show us that pain, abuse, even death would not define us. My parents have lived their lives with a similar hope, that our story will be defined by something bigger and better than they could ever imagine.

My wife can tell you that I still succumb to the occasional birthday meltdown, but over the years of reflecting on this story of great hope and reconciliation I’ve come to see a bigger picture. My birthday isn’t about me…its actually about the hope of the entire world. My sisters and I are the next chapter in the stories of Cindy and Bob Moore…who were the next chapters in the stories of their parents.

Each new chapter brings new mercies and new grace. From an overwhelmed, shamed, teenaged mother among the filth of a stable to a shivering, frightened, bruised Mrs. Moore, Christmas is about the lengths and the depths God will go to bring peace and reconciliation to creation. He brought both Jesus and I safely into the world under unexpectedly dangerous circumstances. But of course he did, we have a lot of work to do together and that is definitely worth celebrating.